What is a Replenishable Product on Amazon FBA 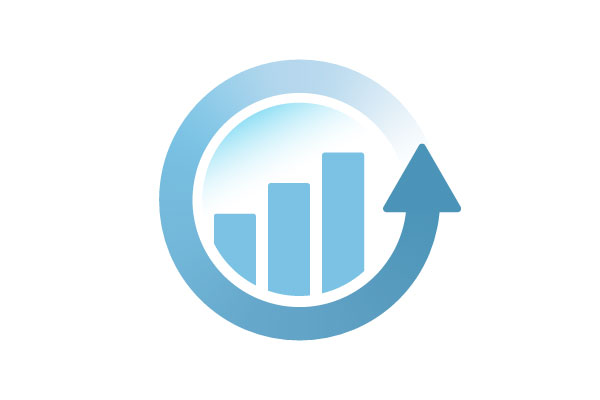 What Exactly is a Replenishable?

When sourcing on Amazon, you have leads. You have items that you source. A lot of times what people think is they always need to be finding new items, constantly sourcing new items, always going to get another lead, another lead, another lead, you're going to the store. You're scanning stuff. You know, you're searching online, you're looking through tactical arbitrage searches. You're always trying to find new items to sell, but one of the best things about Amazon and probably one of our favorite things about selling on Amazon is replenishable items. A replenishable is simply an item that you can constantly replenish and send back into Amazon. An item that constantly sells you. You move a lot of inventory on that item and you can just repurchase it and then send it back into Amazon again.

Replenishable are such a huge advantage when selling on Amazon, because they're just so easy. You don't have to keep sourcing. You have that item and you can just buy it again. So it was just a different way to look at your Amazon business instead of constantly needing to find new items to stores, you can just source the same items over and over and over again. This can be done via retail arbitrage, online arbitrage, and wholesale. All three of these ways, you can have a replenishable item. You can have a replenishable that you buy from target and Walmart, the same item a lot of times too. So there's a lot of different ways to go about replenishable, but basically that is what a replenish able is. It's just an item that you restock and send into Amazon, opposed to always trying to find new leads.

Next what are the benefits of replenishables. First, they're just easy. Like I was just mentioning, you're not looking for a new lead. You already have that lead. You already have the information about it. You know your buy costs. You already know it sells cause you've already sold it. It's just really easy along with that, it's incredibly scalable. If you can build a business with a couple of solid replenishable items, you can kind of guarantee yourself this consistent profit level and then just build and scale on top of that. So that's what we look for. We look for replenishable that we can of build on top of each other and help grow and level up our business.

Another huge benefit of replenishables is a lot of people don't necessarily look at their Amazon business this way. They're looking at it in regards to consistently finding new leads. You're making your business easier. A lot of times, I'll see sellers go off the listing. When I first list on a listing there's a bunch of sellers and then you give it a month or so and you see the sellers drop off. A lot of people don't think about replenishing things. But if you're looking at that, that can give you a huge advantage because you can just continue to stay on that listing while other people tend to sell out.

There are three types of replenishable to consider. The first type is a short term replenishable. This is or a replenishable that you can replenish for one to six months. I think when people think of replenishables they think of something that you have to be able to replenish forever. But if you can replenish something for one to six months, that's still consistency and ease in your business, right? Not every replenishable is going to last forever. Sometimes it's only going to last one to six months. And the reason behind this can be a couple of things. Sometimes the location, the store that you're buying the item from doesn't carry the item anymore. That can happen. Eventually when they go out of stock or they don't carry it anymore then you can't replenish it. Another issue you'll see sometimes is especially with Walmart, I noticed this a lot. Walmart has third-party sellers, just like Amazon does andd Walmart themselves might go out of stock on your lead. And then a third party seller is selling it. So the price might go up. Another example could be the item was on sale. And that's how you were able to get it, to make enough money, to make it a profitable item to sell on Amazon. And the sale price is over. That could cause it to be a more of a short-term lead, but don't stray away from these because still, if you can resell the same item consistently for six months, that's a, still a lot less work than always trying to find new leads. So I don't think a lot of people think about short-term implantables, but those are huge. We go through a lot of different short term replenishable.

Another reason for a short term replenishable is the demand might decrease. For example, a new movie is coming out and there are toys related to that movies' popularity that is not going to last forever necessarily unless it's like star Wars or Spider-Man or something that just never goes out of style. But if it's anything related to that, you know, the hype might last for six months or so. And you can consistently replenish that item after that the demand might die down. It's important with these short term replenishables is to keep in mind is this dying down, keep up with the sales rank and stuff. If it's considered to be at short term replenishable.

Another reason that a replenishable might be a short term is because it could be oversaturated. Too many people are aware of that and too many people are selling that. So you're just not getting enough buy box rotation to make consistent sales on that item. You've got to keep that in mind as well. It's important to check on your replenishables, keep up with them. See if there's been any changes. For example a huge increase in sellers, a decrease in sales rank or anything like that. It's important to keep up with them and to see if it's going to end up being a short term replenishable, but don't sleep on these short term ones. 6 months of for replenishing an item is still amazing. It's still easy, a lot easier than finding new leads.

The second type of replenishable to consider. And this is the golden standard for punishable is what everyone wants to find is a long-term or punishable. So that's an item that you can sell for six months. Plus something you can replenish for two years, you're just consistently selling this item. These items are gold if you can find them, The key to finding these, and I'll talk about this in the another blog is certain categories to keep in mind. You want to think of items that people consistently need to buy. Something that someone actually literally consumes. For example foodyou eat foo then you need to buy more food. That's something that people constantly need to buy. Makeups is another good one as well. You use through your makeup or it expires. Anything that expires as well is great. Things that are easily lost are great replenishables. Chapsticks a great example, right? How often do I lose my chapstick? Ernesto would say every single frickin day. So things like that, you have to buy more of always because they're consumable are great replenishables.

Also things that are just like a household name or brand. This doesn't have to be in the grocery category in the topical category. We have some really solid replenishable that are toys because it's a brand that just never really goes out of style, like related to a movie or video game or something like that. Think about Star Wars is a great example, Marvel type stuff, like stuff like that. It's always in style. There's a lot of toys that are just kind of consistent in those areas that you can replenish and you'll see waves in those to where they get super, super popular around like the holiday season. But they're just consistently selling as well because it's just something that's always popular. But the biggest categories to look for long-term or punishable is are kitchen, household, grocery type items, anything that is consumable, it can a long term replenishable.

The third type of replenishable I want to go through is a seasonal replenishable. This is an item that is more popular during either a season like summer winter, fall, spring, like a different type of year different type of weather or an item that is popular in specifically related to a holiday. Think about Christmas, 4th of July, New Year's type stuff, Easter, all those different holidays we have throughout the year I have that are specifically related to that. With seasonal replenishables, it's an item that you can buy again, every time that season comes. It's not something that's going to sell throughout the year. Not something you can always replenished, but during that season, you can replenish it. Depending on what the season is, you're going to have a smaller or bigger window. For example, if you have an item that is specifically related to a holiday, you're going to have a smaller window. So you take Halloween, for example, Halloween items mostly sell in the month of October. Then once, October is over, you're not selling any more Halloween items. You're also not selling Halloween items in July, right? You have a small window. You need to get the inventory in beginning of October and you need to have it all sold by the end of October. But those items that you find related to Halloween, if you saved them and the next Halloween, you go and look at them again, you'll find a lot of times it's the same items that are selling. We keep a spreadsheet with seasonal replenishable and we mark the season. Either like fall, winter, spring, or Christmas, New Year's, Halloween. Then when we get 2 months out from that window starting, we start to look at those items again.

And a lot of the stores, it's the exact same link. They sell the same product too. You can just buy it again via online arbitrage and sell it. But you have to keep in mind the window that you have to replenish those items. Then there are bigger, longer windows you have as well. For example, like summer type items, summer is a much longer period than the time you have where people are interested in Halloween items. You have items that only do well when it's hot outside. Anything related to like swimming, think about like life jackets, swimsuits, sunglasses, and beach towels. Anything like that would do better in the summer. Then you had the reverse in the winter you have items like winter coats, boots, scarves, anything like that. With the actual seasons, like winter and fall, you have a longer time period where you could sell that item. You have three or four months where that item might be popular and you can replenish every year during that season, if you build up seasonal replenishables, those that you have for each season, that is also super helpful. When you get to that season, you're always prepared and you can stay ahead of the seasons because ideally as soon as that season starts, you want to have those items in stock and available to customers and get ahead of all of your competition. So don't sleep on seasonal replenishable. Track these items so you can be prepared ahead of time.